Confined Across the Oceans: How A Dutch Family Survives the Second World War

October 25th 2020
The following article is based on the experiences of a family whose personal archive is in our collection. The article is translated into French and published in the October 2020 edition of La Faute à Rousseau, the theme of which is ‘Enfermements’, or ‘Confinement.’ The magazine is a publication of the Association Pour l’Autobiographie (APA) and is available on the APA website.

“We received news! Oh, how incredibly happy we are! It’s only a short note, a pre-printed form, filled in by you, by you! We know you are alive, that you are healthy.”

Anne wrote this on 6 July 1943 in an unsent letter to her husband, Jean. She had just received the first sign of life from him in a year and a half. By that time, Jean had already spent nearly a year in a Japanese internment camp in the Dutch East Indies, separated from his family who spent the Second World War in the Netherlands.

Jean, Anne, and their four children lived on the island of Borneo in the Dutch East Indies, where he was a civil servant in the Dutch colonial government. In 1939, the family arrived in the Netherlands to spend some six months of leave there. In April 1940, Jean returned by steamer to the Dutch East Indies, while the rest of his family was to follow a few months later. Unfortunately, two weeks after he left, Nazi Germany occupied the Netherlands, and his family was no longer able to leave the country.

Stranded in The Netherlands

All of a sudden, Anne’s life and those of the children were thrown upside down. They suddenly had to adjust to staying in the Netherlands for an indefinite amount of time. She had no idea whether she would ever see her husband again. Initially, Anne and the children continued to live with her father-in-law and sister-in-law in Zeist, a small town in the woods of the Dutch province of Utrecht. Living with her in-laws became more and more complicated, and in the summer of 1942 Anne and the children moved to a rented house in the same neighbourhood where they waited out the war.

Initially, Anne was able to send the occasional (censored) letter or telegram to her husband. However, she also wrote letters, such as the one mentioned above, that she never sent and in which she wrote freely. Anne openly discussed the war situation and the German occupation of the Netherlands, but also the problems with their eldest son, who wasn’t doing well at school. In her letters, one gets a sense of daily life in wartime when she discusses the shortage of coal in winter, summer days spent at a nearby lake or how the children spent parts of their summers with relatives on a farm. After the war, these unsent letters were typed, annotated, and collected in a ‘letter book’. 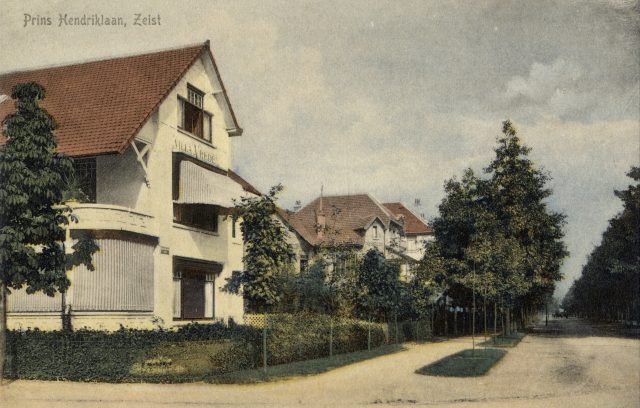 A view of the Prins Hendriklaan in Zeist, where Anne spent part of the Second World War. Image source: Het Utrechts Archief.

Not just Anne, but Jean left an account of his experiences during the Second World War as well, albeit in a very different way. After the war, he documented his time in the Kuching Camp in what was likely a formal report to his superiors: it is factual, written in formal language, dated and signed, and contains no reference to his family or private feelings.

Jean reports on the occupation of his district by the Japanese army in late January 1942. Together with several other Dutchmen, he was locked up in the local prison. Their domestic staff could send them food, but, as Jean notes, since his house had been plundered and occupied by the Japanese, they were unable to fetch him even his reading glasses.

Six months later, the group was transported to Kuching Camp elsewhere on Borneo. There Jean would stay until the end of the war. At any time, this camp contained between 2000 and 3000 prisoners of war and civilian internees. About 10% of these were Dutch; the rest were mostly British. The camp was divided into compounds for women and children, clergy, military, and male civilians. Jean recounts camp life in his compound in detail: the forced labour, the random violence by the guards, the increasingly dire food situation and the various ways the internees spent their leisure time.

He describes the self-organised administration of the camp. Due to his rank in the pre-war local government, Jean became part of the unofficial self-government of the camp. Unofficial, because the internees themselves organised it mostly out of sight of the Japanese guards. After the only Dutch pastor left, Jean took over his duties: he held small Sunday services and presided over the funeral of a Dutch soldier who died in the camp. 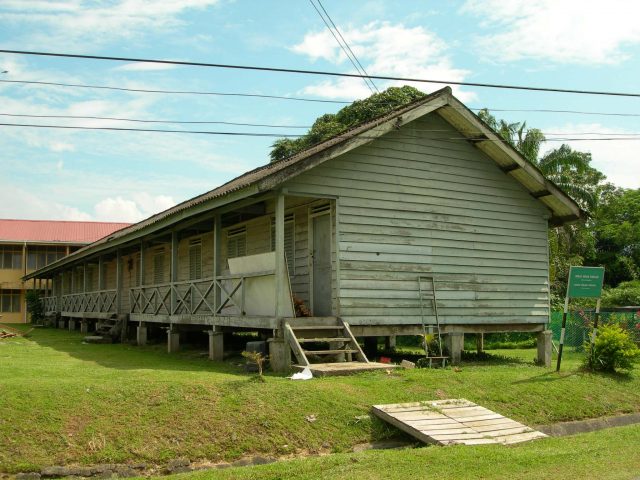 ‘Punjabi Barracks’, a reconstructed building at the site of Kuching Camp, 2007. Photo by Matthew A. Lockhart, licensed under CC BY 2.5.

Confined in different countries and under different circumstances, through their writings Anne and Jean show a fuller picture of what the members of this one family went through.

When reading the two documents alongside each other, it becomes clear how complicated communication was. According to an annotation in Anne’s ‘letter book’, the card the family sent Jean in reply to the one mentioned in the opening quote didn’t arrive in Kuching Camp until March of the following year. The family received similar pre-printed, censored cards from Jean only once or twice more. After the end of the war in August 1945, the Japanese allowed the internees to send regular telegrams. From Anne’s account, we know that these almost always arrived, but that the letters and telegrams they sent to him never did. This is not surprising when one realises that sacks of undelivered and unsent were found after the liberation of the camp.

The Netherlands was liberated in early May 1945, Kuching Camp in September 1945. On 11 December 1945, the family received a telegram from Singapore relaying that Jean was on his way back to the Netherlands by boat. He was reunited with his wife and children in early January 1946.