During my time as an intern at the Expatriate Archive Centre, I was given the opportunity to examine and work on a wide range of different expatriate memoirs. While reading several sources, I encountered various cases of personal eyewitness accounts of history. I found this to epitomise one of the intrinsic values found in collecting, preserving, and scrutinising the life stories of expatriates: the ability to investigate unique perspectives on the historical events and, subsequently, the changing perception of society and norms that manifest in the life stories of expatriates.

For example, one collection covers the story of an Australian family that had travelled across Europe because of the father’s career choice. This family kept contact with their extended family and friends back in Australia during their stay in Europe. The collection started in the early 1990s, going up until the second decade of the 21st century. The family’s exchanges with their acquaintances back home grant the reader the ability to uncover different perspectives and personal reflections that expatriates hold on specific historical events that they have experienced, such as the Gulf War (1991) and the death of Princess Diana (1997). This occurs parallel to their efforts to adjust to the foreign environment that expatriates find themselves in, a struggle that often involves coming to terms with clashing with the new norms, values, and lifestyle. Therefore, the life stories of expatriates provide a rare opportunity to examine otherwise concealed detailed accounts of distinct human experience and multiple layers of the societies that they have inhabited. This is often done through their commentary on the cultural aspects and the day-to-day lives of the people living in the countries that they have encountered.

Lastly, by examining the memoirs of expatriates, one may observe the changing of society as a whole, in large during the beginning of the information age, which saw digital production overtake the physical production of materials. The introduction of advanced technologies and the internet opened a gateway for more cost-effective and more accessible communication over long distances. This shift from physical letter writing to digital messaging is both visible and transformative in its own right as indicated by the collection, primarily written by the mother of the family, who relates her family’s news while simultaneously describing the coming of age of her two children.

The sources held at the Expatriate Archive Centre enable the reader to venture into the expatriate’s travelling experiences: the difficulties encountered, such as culture shock and a conflicting sense of identity, as well as the new opportunities that are presented from having a cross-cultural lifestyle. This essentially grants the reader the ability to ‘re-live’ the expatriates’ travels, conflicts, successes, and failures. Consequently, this exemplifies a different way through which history may be examined via the analysis of the life stories written by expatriates, which offers a more personal, alternative way of looking at the unfolding of history. For that reason, the Expatriate Archive Centre provides a service by preserving and providing a space for the stories of expatriates. As we venture further into the age of multiculturalism and globalisation, these personal histories will become increasingly more relatable and relevant to future research on the benefits and challenges that come from a transnational lifestyle as evident by many increases in the numbers of groups, such as cross culture kids. 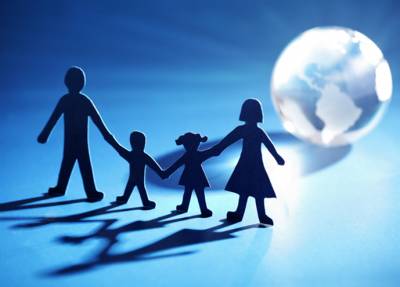